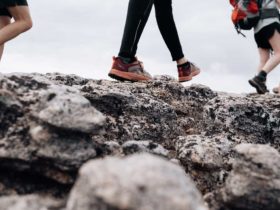 Thinking of changing your nail shape into something square but don’t know Which one to choose? Likes both coffin and ballerina’s nails? Facing a great dilemma about which one you should do? This article will help you get to know the basic difference between a coffin and ballerina-shaped nails then it would be easy for you to differentiate between them and choose which one you would like to see on your nails the most.

As known to everyone, every day new styles are being invented for nail designs that can make your hands look beautiful. Today, we are going to talk about coffin vs ballerina’s nails so that you get to know them better.

Are they Actually Different?

The minute you step into the salon, The nail techs give you a chart and ask you to make an immediate decision about square or round? There are numerous nail shapes in the world, and choosing the right one for you can be a tiring job. For almost every rectangle or square-shaped nail lover, the decision lies mostly between choosing coffin vs ballerina’s nails.

However, it depends on the knowledge of your nail tech. Some use them as interchangeable terms, whereas some consider them as two different styles.

Before knowing the difference between ballerina and coffin nails you must know what does coffin and ballerina’s nails look like.

Every girl knows about ballerina shoes. As evident from its name itself, ballerina nail shapes look just like your ideal ballet shoes. Structured and elegant with a graceful and stylish edge to give a sophisticated figure. In other words, these types of nails are called so because they highly resemble ballet shoes, slim on the sides and square at the end.

Ballerina nail shapes are generally worldwide known as Kylie Jenner’s signature nail shapes. Ballerina’snails look kind of similar to the stiletto-type nails, but the only difference is, they have square rather than pointy tips. Ballerina’s nails are sometimes also called coffin nails because of their similarity or resemblance to the structure of a coffin.

On the other hand, as the name suggests, coffin nail shapes are the styles that resemble the shape of a coffin. They are generally square in structure. However, they are not as slim and curved as ballerina’s nails at the tips. The only point of difference between coffin and ballerina nails is that the former style gets an inward straight file, while the latter has a round shape from the edge into a square.

What is the Difference Between Coffin and Ballerina Nails?

Coffin-type nails generally move straight to the edge and are not curved from the sides. It resembles the edges of a coffin. As for ballerina nails are concerned they have a rectangular curve at the top which is achieved by filing the nails in a straight direction then leaving it with the natural shape on both sides or sometimes reducing them a bit so as to give a slightly triangular look but without the pointed tip.

In particular, resembling the shape of a ballet shoe. Two of the most specific and significant differences between ballerina vs coffin through which you can differentiate them are stated below :

When comparing coffin vs ballerina’s nails, the edges of the ballerina’s nails are quite rounded. On the contrary, coffin nails have a straight side shape, creating a significant Structural difference.

Though the debate between coffin nails vs ballerina continues, if they are the same or not. In this article, we have tried to Unterschied coffin and ballerina’s nails. However, It must be noted that these nail types never go out of trend and are always in fashion. They are forever versatile and chic. They not only look good in dark shades but also looks super aesthetic and romantic with lighter tones. So, Once you have made up your mind about which one to choose among ballerinas vs coffin nails you can undoubtedly go for either as they would both give an elegant vibe. 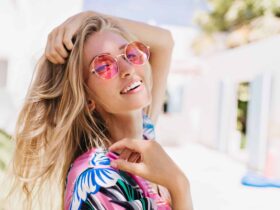