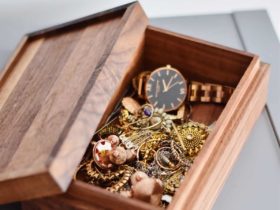 There is no doubt that many Korean characters have taken place in our hearts after watching the squid game. Characters like Ali Abdul who goes very heart-touching and emotional. His ending acting in Marvel Games has won everyone’s heart. In the meantime the character named Ji-young; player number 240 in the marvel game was also a very kind and heartwarming part. She just drops her marvel to save her partner’s life. There are many players in squid game steal our heart. So, let’s discuss the main character’s Squid Game Web series vs. Real life.

In Web Series: Lee Jung-Jae, a well-known Korean actor, played the main character of the squid game as Seong Gi-hun. Seong Gi-hun was the winner of the squid game. He played a divorced father’s role who is financially struggling to support his mother and addicted to gambling. He joined the Squid Game for many debts.

In Real Life: In real life, Lee Jung-Jae is a popular actor as well as a model. He has a huge career and his most noticeable movies are “City of the Rising Sun”, “II mare”, “The Housemaid”, “The face” etc. In real life lee also has a bunch of businesses like a real estate Development Company, an Italian restaurant in Seoul.

In Web Series: Heo Sang-tae played the role of a gangster named Jung Deok-su, who had a lot of gambling and also took a lot of money from his boss. He was involved in this game to pay that money

In Real Life: His journey started from a TV show audition. It was from there that his acting journey began and since then he has acted in films and TV shows such as “The Fortress”, “The Age of Shadow”, etc.

In Real Life: There are no such details about Oh Yeong-su on the internet but he has been seen in some TV shows and movies. Such as the movie he did action in “God of War”, “summer”, “Chocolate and spring” etc.

In Web Series: Park Hae-soo plays the role in Squid Game as Cho Sang-woo. In the web series, he was a childhood friend of Seong Gi-hun. They do play Squid Game in their childhood. Park has an arrest warrant cause he took money from his client. He has a huge amount of money problem so, he decided to join the game.

In Real Life: In a musical theater Park Hae-soo started his career. After that, he converts his career as an actor. A popular drama series act by park Hae-soo is “Prison Playbook”. Before doing Squid Game he did another Netflix web series named “Time to Hunt and Racket Boyes”

In Web Series: Wi Ha-joon plays an important character in Squid Game. He plays Hwang Jun-ho, a police officer. He tries to find his missing brother who has the same Squid Game card. He follows the other player and he goes to the gamming place. He survives by changing clothes and in the end, he discovers that his brother is the previous winner of Squid Game and he is the front man. After that, His brother shoots him.

In Real Life: Wi Ha-joon is a Korean model and rising star. Currently, he has 4.2M followers on Instagram. He did his first lead role in “Gonjiam”. He also appeared in many Kdrama like “ Romance is a Bonus Book”, “18 Aging” etc.

In Web Series: Anupam Tripathi plays Abdul Ali from Pakistan. He joined this game after got refused from paying by his boss. To Take care of his wife and little child he joined the game.

In Real Life: Anupam Tripathi is a fantastic Indian actor. He had born in India. He started his career in the Korean film industry. He moved to Korea in 2010. He can speak 4 languages Hindi, Bangla, English, and Korea. He learns fluent speaking the Korean language within 2 years. He got a huge fan following after acting in Squid Game.

In Web Series: Jung Ho-yeon plays as a most favorite character Kang sae-byeok. She joined the game because she wanted to start a new life with his brother. She survives in this game when only 3 people left. She is the one of them.

In Real Life: In real life, Jung Ho-yeon is a famous Korean model. When she is 16 years old, she started modeling. In her acting career, her first acted web series is Squid Games and she nailed it.

In Web Series: Kim Joo-ryoung plays a manipulative character as Han Mi-nyeo. She has a daughter and she says that she wants to quit this game and she does not want to die because she is not decided on her baby name yet. But after a few days, she joined the game again and also joined the Jung Deok-su’s gang.

In Real Life: Kim is a successful Korean Actress. She did Tv shows. She did wonderful acting in “The Change of Destiny”, “Plum Blossom” etc.

In web Series: Gang Yoo Plays as a Salesman role. He offered the Squid Game by playing a game named ddakji.

In Real Life: Before the Squid Game, he gives us so many hits. He played a father of a little girl in the “Train to Busan” movie. We also found him in many famous Kdramas like “Guardian” and “Coffee Prince”. 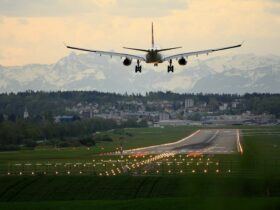